John felt like he was always flying off the handle with his team at work. It seemed like everyone was unhappy and no one was good at their job. After his team missed yet another deadline, he brought them together to discuss the problem and find a solution.

He started the meeting by saying, “Well, you all did it again, missed the deadline and now we all don’t get the bonus.” He grabbed a report and flipped the pages. “Stacy, do you even know what you’re doing? It looks like you slapped it together last minute.” The rest of the meeting continued the same way with others taking up the blame game to direct John’s attention elsewhere.

He left the meeting drained and confused. He knew the team was made up of skilled and experienced individuals who should be hitting the team’s targets easily. Were they the problem, or was he? When he mentioned this problem to a friend, he invited John to join a Mastermind group to help him find a solution.

John told his Mastermind group about the meeting and how disappointed he was in everyone and the meeting’s lack of solutions. The group listened while he expressed his frustration then they gave him constructive feedback. Brian asked him, “John is everyone on your team incompetent?” John assured them they were all competent and talented individuals. They just were performing below their potential.

Sarah went on to explain, “If you criticize their work constantly, you are setting the tone of the group to be one of criticism and blame. They will not perform for fear of getting yelled at by you.”

This made sense to John and he wanted to make a change. Sarah introduced him to the complaint formula for communication created by Dr. John Gottman.

Dr. John Gottman refined the skill of effective complaining down to a simple, three-part formula. With a little practice and persistence, it will help team members to talk to each other without doing harm.

Express how you feel

Effective complaints are best launched by stating how you feel. A feeling may be an emotion like anger or fear, or a physical state like tiredness or pain.

It moves away from blame and personal attacks, which accompany criticism, and often begins with absolute phrases like “you always” or “you never.”

Talk about a specific situation

After stating your feelings, describe the situation or behavior that caused that feeling.

This approach removes the personal blame which results in attaching negative attributes to character, abilities, or talents. You are saying the behaviour is at issue, not the person.

Finally, ask the person to take positive action to resolve the complaint.

Using this formula doesn’t guarantee complaints will be resolved. It does give teams a tool they can use to express their complaints without the risk of their requests being sidelined by a team member who feels the need to defend against criticism.

Let’s apply this formula to an issue John raised, and Stacey’s response to see how the discussion could have ended differently.

John: I feel frustrated (here’s how I feel) when you do not turn your work in on time (about a very specific situation). Can we walk and talk for a half an hour to develop a solution to this problem (expressing her positive need)?

Stacey: I feel overwhelmed (how I feel) by all the extra demands the team asks of me (about a very specific situation). I need to know what to do and when. (express a positive need).

John: I’m afraid (how I feel) the project won’t get done on time because we are waiting for your report to be completed (about a very specific situation). I don’t want you to feel overwhelmed or stressed. How about you make a list of everything you are being asked to do and together we prioritize the items to ensure everything gets done on time (express a positive need).

While a resolution isn’t guaranteed, effective complaining enables team members to engage in conflict and achieve resolutions, which criticism puts out of reach. When resolutions are out of reach, it doesn’t mean the person needs to be let go or marginalized resulting in more work for the rest of the team.

Many teams thrive in spite of enduring, unresolved conflicts. Many individuals learned to tolerate conflicts by complaining instead of criticizing. But they also have a powerful, secret ingredient: they diffuse the tension that builds up when discussing these issues by taking responsibility for their actions, fixing their mistakes, and appreciating the efforts of other members of the team.

When team members diffuse the tension, they are enabling the other team members to feel safe and included instead of pushing them out of the group or silencing their voices.

John learned that as a leader he needed to define the culture to encompass a noncritical environment and keep everyone accountable to being less critical of each other. By focusing on the situation and positive solutions to the problem, without blaming anyone, the team felt safer to open up and seek help from each other.

By using Dr. Gottman’s critical formula to communicate, team members were clearer in what the issues were and what they needed from each other, which enabled them to solve problems instead of creating them. It took time for individual team members to change their communication habits, but once they did, the team was exceeding productivity goals and coming in before deadline. The result was a team which worked together in a safe and results focused environment. 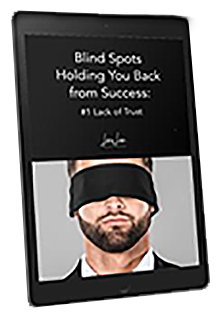